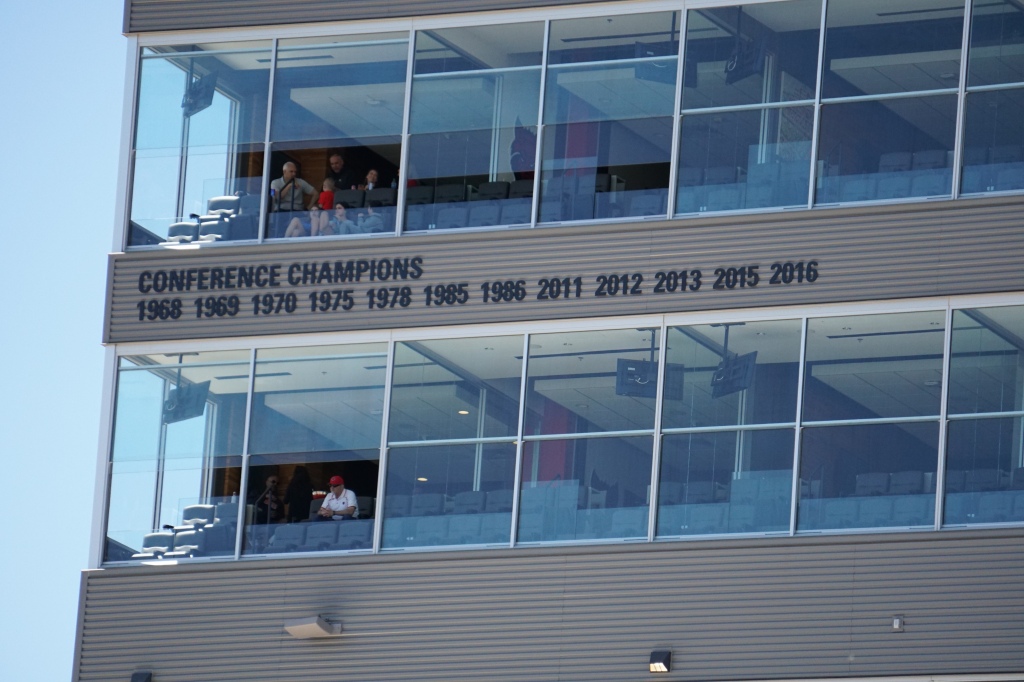 Like you, I get the creeps every time the Red Wolves defense takes the field. Cold sweats. Heightened anxiety. An overwhelming feeling of doom. The defense is a haunted house, and we’re all bracing for the jump scares.

Am I being grossly unfair to interim DC Nick Paremski? You bet. Paremski hasn’t had much of an opportunity to put his stamp on the unit. However, Halloween afternoon’s fistfight with Troy should give us an idea if the Red Wolves defense can rise from its grave.

The good news? Troy’s defense isn’t the best in the Sun Belt – we’ve already lost to those guys. The Red Wolves’ 4th ranked passing game should be able to move the chains, provided they avoid the sticky fingers of Troy cornerback Terence Dunlap.

More good news? Starting A-State corner Samy Johnson is reportedly back, and he’ll be needed against Troy’s QB tandem of Gunner Watson and Jacob Free. Who’s Jacob Free? Suddenly, the 6’5″ junior is in the mix at Troy, and he threw for a pair of TDs in last week’s loss to Georgia State.

Free is the boogeyman the Red Wolves would rather not see spring out of the closet.

The Red Wolves host Troy at Centennial Bank Stadium at 2PM and Vegas has given Arkansas State a 2.5-point benefit of the doubt. Whatever the over is, I’d pick it.