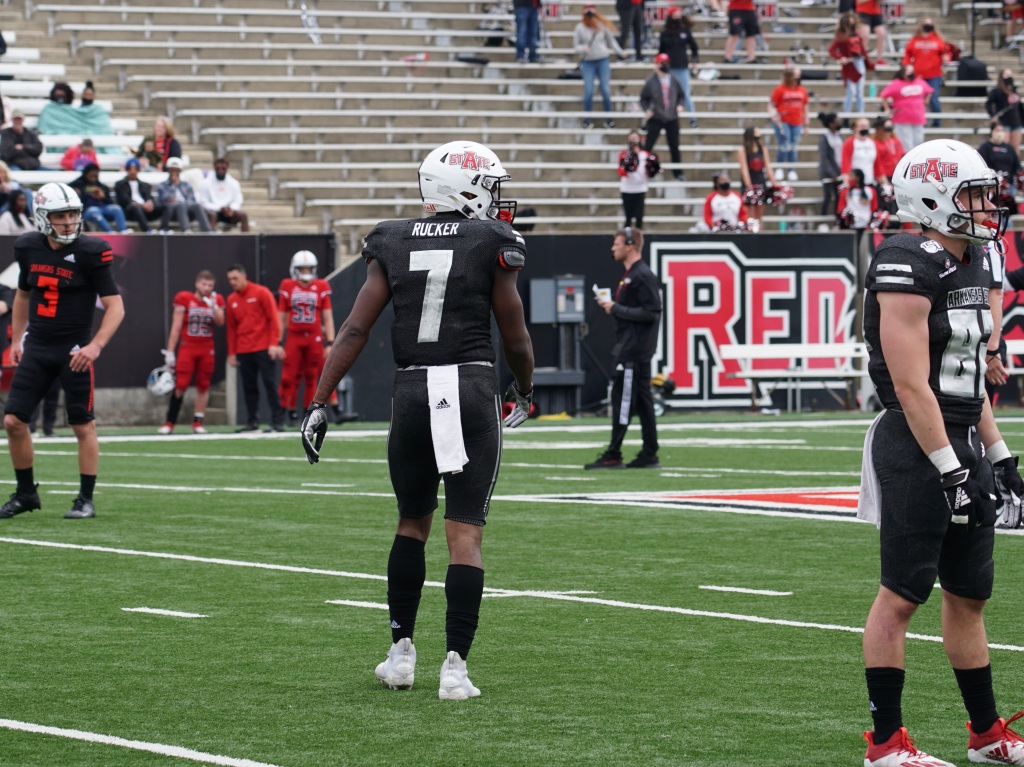 It was, quite possibly, the most exciting Red Wolves vs Tigers game in the 100+ history of the Paint Bucket Rivalry since the Bluff City Miracle. And like that miracle game in 2007, it all game down to a Hail Mary into the end zone.

But this time, the Hail Mary dropped into the end zone for a Tigers 55-50 victory

Jeff Foreman (198,1) had a hand on the ball, but James Blackman’s pass was deflected by Tigers defenders, putting a stop to a furious Red Wolves comeback. For the Tigers, it was a story of big plays that constantly put Arkansas State on their heels:

It was big plays that ultimately destroyed the Red Wolves, though Arkansas State certainly attempted to match the Tigers, with Layne Hatcher (276, 1TD) connecting with Hunt for a 53 yard TD pass and James Blackman (308, 4TDs) popping into the second half with huge passes to Foreman (193, 1) – including an 89 yard TD pass that was (according to the press box) longest passing score in Red Wolves history.

Blackman, replaced by Hatcher in Week 1 in the game against UCA, was brilliant in relief, completing 19 of 28 passes while connecting with Te’Valiance Hunt (123, 1) and Akeem Hayes for big plays in the fourth quarter to set up the Hail Mary.