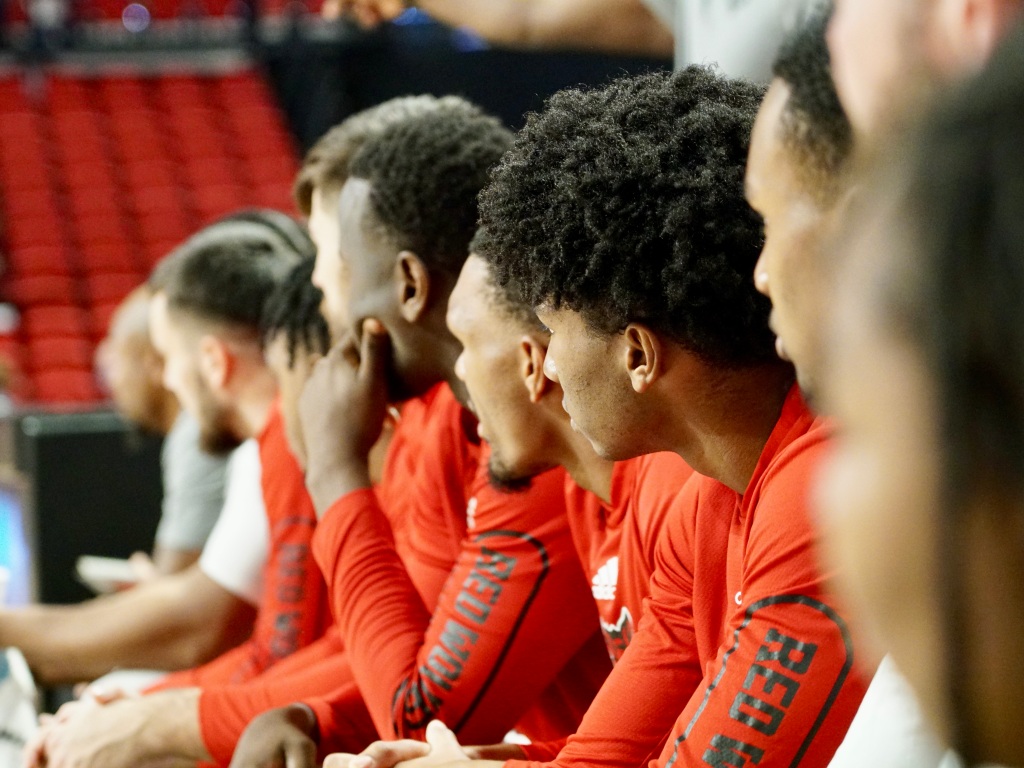 Thus far, the season has stuck to the script. The Red Wolves have fallen to the teams for which they were preordained to stumble (Illinois, Texas Tech, Morehead State), and have closed escrow on the programs for which they were pre-selected for approval (UAPB, UCA, SEMO, et al.). The Human Double Double, sophomore Norchad Omier, is averaging a double double, Desi Sills (Red Raiders notwithstanding) is delivering buckets, and we’re seeing real contributions from the likes of guys like Malcolm Farrington, Lazar Grbovek and Markise Davis.

So what’s the problem?

If you and I are speaking honestly (which we sometimes do), head coach Mike Balado has a great deal of fan trust to earn. When the Red Wolves took on Texas Tech, a great many of us were more interested in how the Women’s team would fair against Mississippi Valley without the services of Matt Daniels (resigned) than how Arkansas State would fare against the #25 team in the land.

Many fans likely saw the 75-62 score, but didn’t really see the play on display, especially in the second half. First glance at the box score reveals a horrendous performance from lead-scorer Desi Sills (3 points, 0-6 from the field). Yes, Sills obviously struggled with his shot (Tech was determined to make that so), but he also found ways to contribute – 3 steals, 9 assists and 4 boards. Also, you might have missed seeing Farrington nail 4 threes that game the Red Raiders a bit of anxiety, or Markise Davis having a career evening with 17 points.

Also, you probably missed this.

Who are the Air Force Falcons?

What will we learn from the Falcons?

It wasn’t necessarily the loss to Morehead State that was disappointing so much as it was the manner with which it was achieved. The Red Wolves just didn’t seem to have a plan for the Eagles. Likewise, the loss to Illinois was more disheartening for which how the score was obtained – sloppy, undisciplined play.

However, the Red Wolves have matured since Morehead. When Texas Tech poured on a relentless scoring barrage that resulted in a 20-point halftime lead, the Red Wolves did not wilt. Instead, they adjusted and relied on the players who could contribute. Losing sucks, and moral victories are for D2, but I like what I saw from A-State in Lubbock, even in defeat.

What the Falcons will show us is if what I saw from the Texas Tech game is real. Can Desi rebound after a poor scoring game? Can Omier remain aggressive against competitor bigs while staying out of foul trouble? Can Farrington and Lazar continue to provide meaningful minutes off the bench?

Most of all, will these Red Wolves be ready when team opens conference play with Georgia State? Show us that the Red Wolves can beat Air Force, and fans will begin to feel more positive about the program. Lose, well, it’s just another loss.

PHOTO CREDIT: It’s all me baby