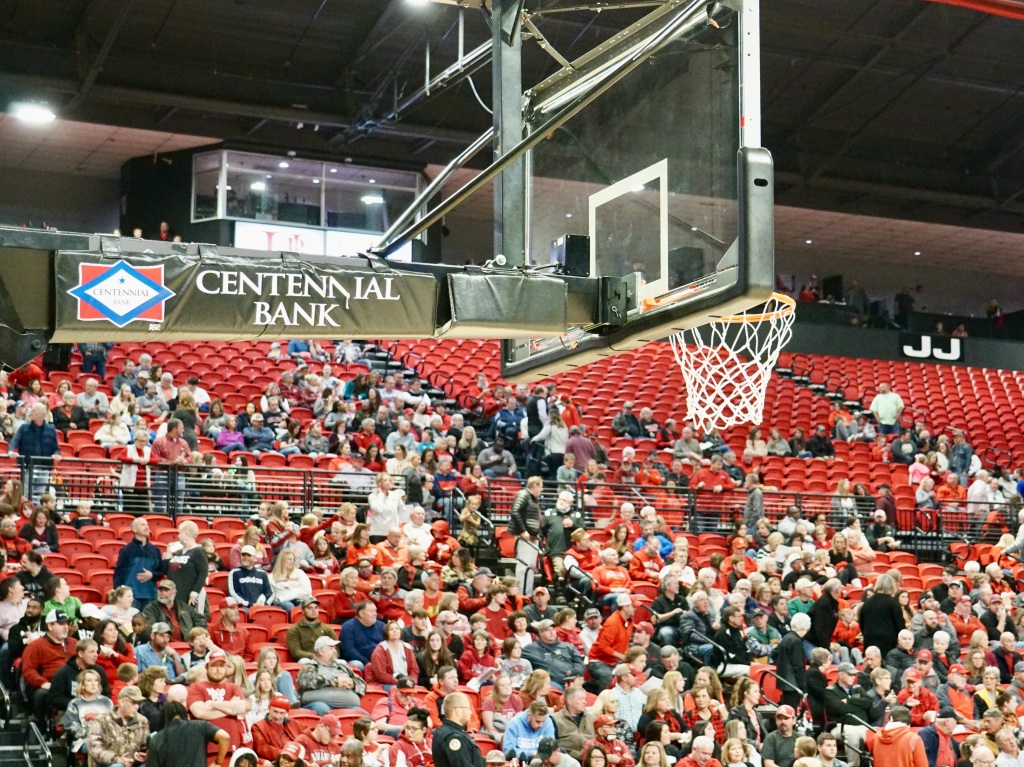 On the latest FunBelt Podcast, Dusty Thibodeaux and I wondered if we had yet to really witness Sun Belt basketball to its fullest potential. Right now, if feels like COVID-19 has all the Ws. As it stands, Troy sits atop the Sun Belt Conference, but are Scott Cross’ Trojans really the best the SBC has to offer? Furthermore, is Georgia State really that bad? Is South Alabama that mediocre?

Is Arkansas State truly a contender?

The Red Wolves are 3-1 and are led by three-time Sun Belt Player of the Week Norchad Omier, whose power grows with every rebound. The team escaped Monroe with a victory over ULM, who in turn defeated UTA in Arlington. Three-point shooting remains Arkansas State’s lone achilles heel – unless you are also worried about interior defense. Aside from those quibbles, the team is mostly healthy and has enjoyed a week-long sabbatical thanks to UA Little Rock’s sketchy attention to vaccinations.

Texas wants to mess all this harmony up. UT Arlington (still clinging to the Sun Belt) arrives in Jonesboro on Thursday with a surprising 4-2 record and the worst 3-point percentage in the Sun Belt. The Mavericks also score the fewest points per game in the conference (despite getting 17 per game from David Azore), which implies that UTA is a team built on defense. That’s where Human Scrabble Board and 6’9 sophomore Kaodirichia Kobundu-Ehiogu excels, leading the SBC in blocks and twisting the tongues of color commentators.

Before UTA managed conference wins over Georgia State, South Alabama, Louisiana and (for good measure) Troy, the Mavs were a 4-7 program for which nobody really paid much attention. Now they stand between the Red Wolves and second place. Who’d have thought?

On Saturday, the degree of difficulty increases with regular season champion Texas State darkens the F’N Bank Arena’s doors. Last week, the Bobcats finally picked up some conference victories, pounding Louisiana and ULM in San Marcos. Texas State is not without skill, and in some ways the opposite of the Mavericks. For example, the Bobcats lead the Sun Belt in 3-pointers, but aren’t especially prolific rebounders. Senior guard Caleb Asburry leads the team in scoring with 14 points per game, but as usual, the strength of the Bobcats is its distribution of scoring.

The question is, how well do the Red Wolves match-up with the Mavericks and Bobcats? Omier will be the best player on the floor both nights, though his battle against Kobundu-Ehiogu will be entertaining if both can stay out of foul trouble. UTA’s David Azore missed the Louisiana rotation and it’s not clear if he’ll make it to Jonesboro. The absence of the Mav’s leading scorer would certainly give the edge to the Red Wolves. As a team, Arkansas State scores more points than either Texan, but if UTA’s defense is half as good as it looks on paper, then Desi Sills and Marquis Eaton will need to somehow emerge from a week’s vacation with hot hands.

The player who will likely provide the most headache for the Red Wolves is the Bobcats’ Isiah Small, the senior 6’8″ forward who leads Texas State with 6.9 boards per game and dishes 11 points a contest for added value. Big men with a nose for rebounds tend to do well against A-State’s soft interior defense. Just ask Nika Metskhvarishvili.

Are the Red Wolves contenders? Well, to be contenders, you have to defeat contenders. This Red Wolves home stand will tell us where Arkansas State belongs in the Sun Belt solar system.

UPDATE: It appears that UTA has decided on an exit strategy from the Sun Belt.