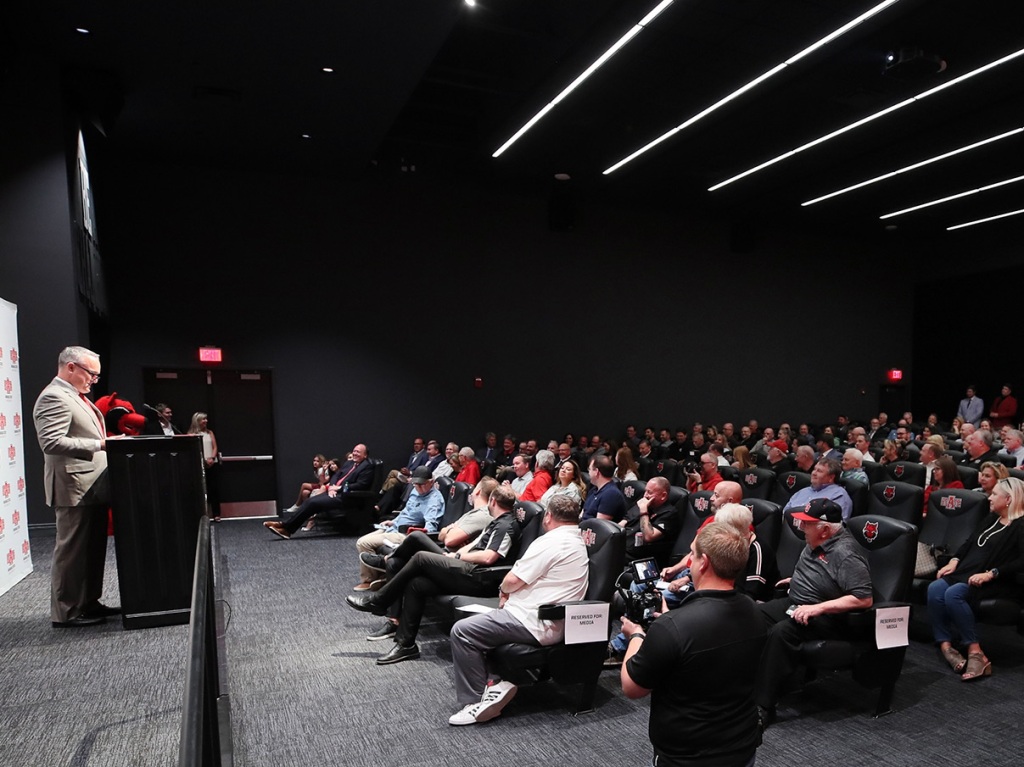 Recently, my brother Rex Steele and and were discussing the deteriorating fan experience in college athletics and how some of that rot has begun to settle at Arkansas State. “Good football draws crowds,” stated Steele, “But yeah, sick of the wine and cheese crowd getting all the perks.”

As athletic facilities have become more elaborate on campuses across the Nation, catering exclusively to deep pockets has become the norm. Look no farther than at the University of Arkansas, when Arkansas Trustees authorized a spend of $160 million “that will add 4,800 mostly luxury boxes, suites and club seats (to Donald W. Reynold’s Razorback Stadium) by 2018.” Take a breath and process that. The Razorbacks spent $160,000,000 to provide pimp amenities that the majority of Arkansans (average income of $26,500) will never be permitted to enjoy.

The trend is not confined to the northwestern section of the state. For a decade now, Arkansas State has leaned into pampering the donor class by increasing ticket prices, placing a premium on parking, and designating swanky sections with fine food and drink for monied patrons. Meanwhile, at last season’s Appalachian State football game, my teeth endured a fossilized pretzel that might have been absorbing heat-waves since the Hugh Freeze Era.

The reality is, puckering up to Big Bucks is the cost of entry in college athletics. If the community white-hairs require their own exclusive bar of fine spirits and a shining luxury box from which to enjoy them, then so be it. But why must their decadence we addressed while the rank and file are ignored?

Think of the common fans who spend three-to-four hours at Centennial Bank Stadium on game days. Most are confined to spine-collapsing metal bleachers. The concessions lines aren’t too bad, but the concessions themselves feel like leftovers from the university cafeteria. We’re subjected without mercy to the ravages of the Northeast Arkansas sun, wind, cold and rain while we watch as only a fraction of those in attendance are permitted a can of beer. And we’re the ones expected to supply all the stadium’s good cheer? My God, our bladders are exhausted because we’ve spent hours of tailgating time sneaking into portable toilets segregated to the corporate tents.

Recently, I reached out to the Red Wolves Twitter community and asked “How would YOU improve the fan experience?”

Message received. We get it. Winning is the best fan experience, and it brings all the boys to the yard.

Lose the “Let Them It Cake” Mentality

With the pricey club and box seats comes finer fare. Fine. But make the grub available to everyone. Trust me, A-State fans are willing to pay extra for a hot dog that doesn’t taste like toxic waste on a bun. Also, follow the F’N Bank Center’s lead and offer beer to the plebes. It doesn’t have to be cheap. It just has to be available.

Man, I love that every game is aired on ESPN+, but the TV timeouts are killing the live-action vibe. Some people aren’t wild about Thursday games, and the music choice remains one of personal preference. Also, sorry Mr. A, I’m pretty sure that I don’t ever want to hear ” Sweet Caroline” in The Cent.

Can we have more than two porta potties?