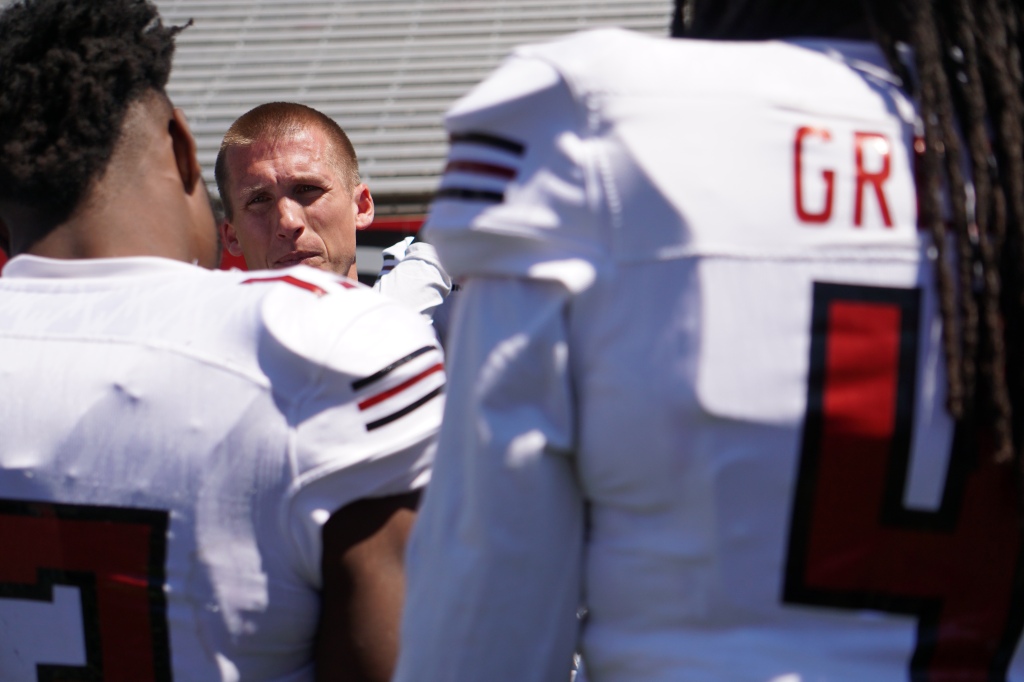 Coach Blake Anderson was clearly grateful to have the purple bear off his back.

“It feels great that (A-State System President) Chuck Welch will have to quit sending me any more UCA jokes every five minutes,” quipped Anderson at the post game presser. “Chuck, if you’re listening, you’re going to have to find better material in the future.”

Four years of needling does get old, and a 50-27 thumping of UCA is the remedy for corking some good-natured joshing. Anderson and the Red Wolves have finally put the 2016 nightmare behind them, even if the game (by Anderson’s own admission) wasn’t perfect.

But 2020 offers more opportunities for redemption for Arkansas State, with the next coming as soon as Thursday evening.

“Short week. Georgia State. Beat the mess out of ECU last time out so we got our hands full,” said Anderson. Yup.

In case you forgot, the Panthers messed up the Red Wolves last season in Atlanta 52-38 – Georgia State’s first victory over Arkansas State ever. The Panthers rung up more than 700 yards of offense on the Red Wolves injury-riddled defense, including 340 ground yards that yielded six touchdowns.

If the 2016 UCA game was a nightmare, the 2019 Georgia State game was a horrifying hallucination brought on by a steady diet of taking an instant win from the Panthers for granted. But now the Panthers come to Jonesboro, and location is not the only difference from last season.

For example, the Panthers are rolling with a new QB, young Cornelius Brown, who looked sharp in a loss to the Cajuns and lethal (3 TD passes) in a win against East Carolina. Also new, Forrest Merrill (injured last meeting) is back knocking heads on the defensive front. He’s joined by Mountain West transfer Justin Rice, who recorded three sacks against Central Arkansas.

Some things, of course, remain the same. The Panther’s talented RB Destin Coates returns. He rumbled for three scores against A-State last year, and he looks just as strong in 2020. Additionally, the Red Wolves defense is still an Excedrin headache despite the addition of Merrill and Rice. Once again, Arkansas State will still have to rely on the offense to keep the game out of the Panther’s reach.

Still, the redemption against UCA (ranked #11 in the FCS) holds promise. The QB law firm of Bonner & Hatcher tossed three TDs apiece, and the defense looking strong-ish during the first half, when Merrill played the majority of snaps (he got clipped on the thigh and spent the second half chilling). Had the weather conditions been better, the score would probably look even more lopsided