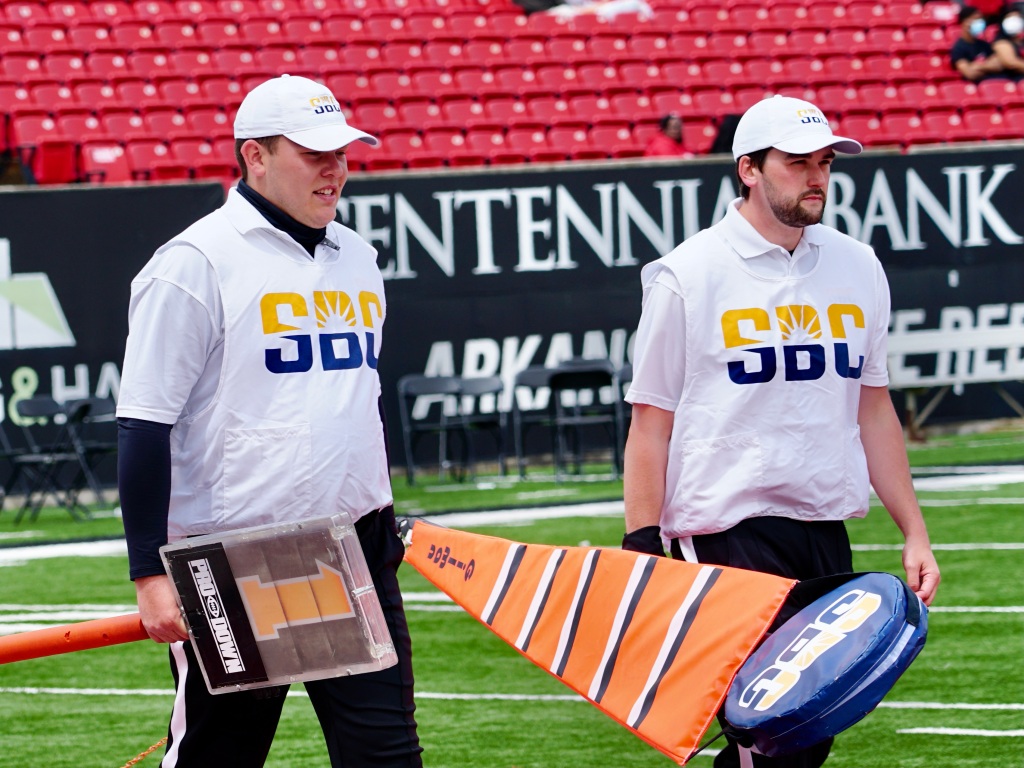 I honestly can’t think of a time when Sun Belt football – from top to ULM – has been stronger than it is right now. When the season opens in September, we may see two (2) Sun Belt teams in the AP Top 25, which might shock-shatter all my organs that alcoholism hasn’t liquified already.

Aside from Coastal Carolina and Louisiana, the conference’s second-string has a varsity look to it: Appalachian State, Arkansas State, Georgia State, Georgia Southern and Troy are candidates to reclaim the Sun Belt Sheriff’s Badge. South Alabama and Texas State are headed by hungry young coaches who will ambush their fair share of teams. The Warhawks, meanwhile, are still in Monroe, I think.

For all this bold talk (re: first two paragraphs of this post), the Sun Belt still has meat left on the bone, specifically in regards to its record against “peer conferences.” The Sun Belt expanded to the gridiron in 2001 with seven teams that weren’t exactly football powerhouses. Since then, the conference has seen growth, defections, additions, subtractions, and upgrades. But the process (absolutely necessary in the SBC evolution) was heavy on the unmerciful beatings.

Thank God for the MAC! Mac notwithstanding, its clear that the Sun Belt has some ground to make-up. In 2019, the Sun Belt went 7-9 in peer conference games (including an 0-4 against the American). The Sun Belt improved to 10-8 in 2020. Is this a blip or the foundation of a trend?

First of all, I’m not sorry about that Dad pun at all. Secondly, the Sun Belt’s peer conference lineup is spread a bit thin this season, though this may be the result of an increased scheduling of P5s and Independents.

Takeaway Number One: Is the AAC dodging the SBC?

Only three match-ups against the American? What gives? This has me wondering if Mike Aresco, the inventor of the P6, is ducking Sun Belt Heat. The Sun Belt should attempt to do a better job putting more AAC programs on the schedule – and turning them into Ws.

Takeaway Number Two: Some of these match-ups are sneaky awesome

Marshall embarrassed the Mountaineers last season, so look at the sequel to be Appalachian State’s revenge game. Arkansas State and Memphis renew a rivalry that spans more than a century, and Coastal Carolina driving the bus to Buffalo should make for quality content.

Is it just me, or is the Golden Hurricane always on the Sun Belt schedule? The School of Favre Knocks makes two Sun Belt appearances this season.

PHOTO CREDIT: It belongs to me, but pay me one billion dollars, and it can also belong to you