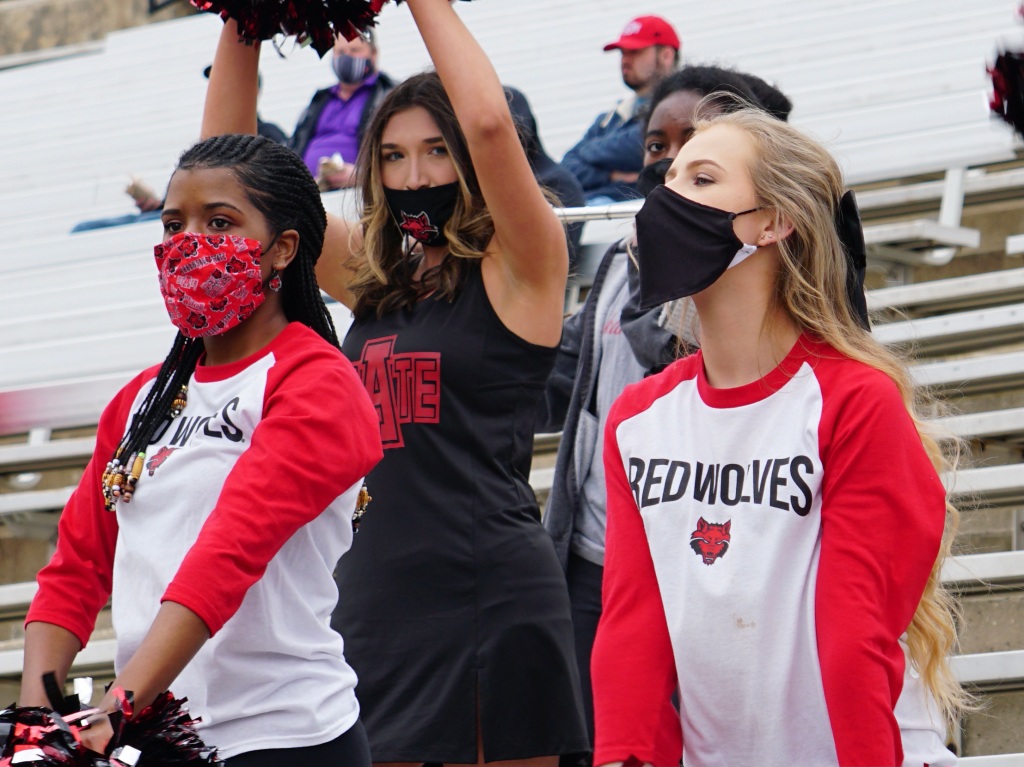 The Class of 2022 offers field-ready options for Butch Jones

The Red Shirt is one of the most divisive garments in all of college sports. Sometimes, you like to see it worn. Other times, not so much. After all, nobody wants to wait to see shining new assets on the field.

Butch Jones – he of the perpetually crossed arms and somber black attire – strikes me as a man who could not care less about your deep desires to see a highly-touted recruit see some PT. Still, he may not have much choice. Jones’ desire to field faster, strong and more physical players may very well compel him to reach into the freshman sack of talent. How do I know this? I don’t. This is July Content at its most base.

Why We’ll See Him: Red Wolves Need The Interior Beef

Zolliocoffer, who is listed at 6’6″ and 330 pounds, was tabbed as ESPN’s #79 offensive tackle nationally and the #96 overall player, which is probably why he saw so much interest from schools like Auburn, Florida, Georgia Tech, Kentucky, Maryland, UCF, Tennessee, Mississippi State, Florida State, West Virginia, South Carolina, Georgia, Minnesota and Virginia.

Jones has repeatedly expressed the need for more power on the line of scrimmage, and we may see Zollicoffer getting his reps whether he’s ready or not.

Why We’ll See Him: The Backfield Needs To Put Out the Fires

Last season, big plays destroyed the Red Wolves agains the pass and the run . Etienne arrives to Jonesboro ranked as ESPN.com’s No. 78 safety in the nation, and he didn’t spurn offers from Kentucky and Indiana to watch whoever starts at QB for ULM have a career game.

Why We’ll See Him: McCrumby is Too Good to Sit

McCrumby is Jones’ highest rated 2022 recruit and was the #36 tight end in the nation and the #104 overall player in the state of Texas according to 247Sports’ composite ratings. The Red Wolves have some solid players at TE headed into the season – Emmanuel Stevenson and Seydou Traore among them. But the Red Wolves haven’t seen explosive production since the days of Blake Mack, and McCrumby may see the field just to give the passing game one more wrinkle.

Why We’ll See Him: Blake Grupe is Irish Now

For the most part, the Red Wolves kicking game has been strong over the last several seasons, but now Blake Grupe is nailing field goals for Notre Dame, leaving the position open for glory. Enter Zvada, a Kohl five-star Kohl’s who viewed him as the #45 kicker in the nation. How long before we see his golden leg jog onto the field?

Why We’ll See Him: The Most Popular Player is the Back-up QB

Is Dailey the official #2 behind Florida State transfer James Blackman? It appears so, especially after Wyatt Begeal was re-positioned at WR. Dailey was rated the #43 quarterback in the nation and No. 7 overall player in the state of Iowa according to 247Sports’ composite rankings, and was recruited by Iowa State, Michigan, Iowa, Missouri, Wisconsin, Rice, Buffalo and Western Kentucky. Meanwhile, Blackman spent much of 2021 nursing injuries. It’s wise to keep Dailey warm on the sideline.