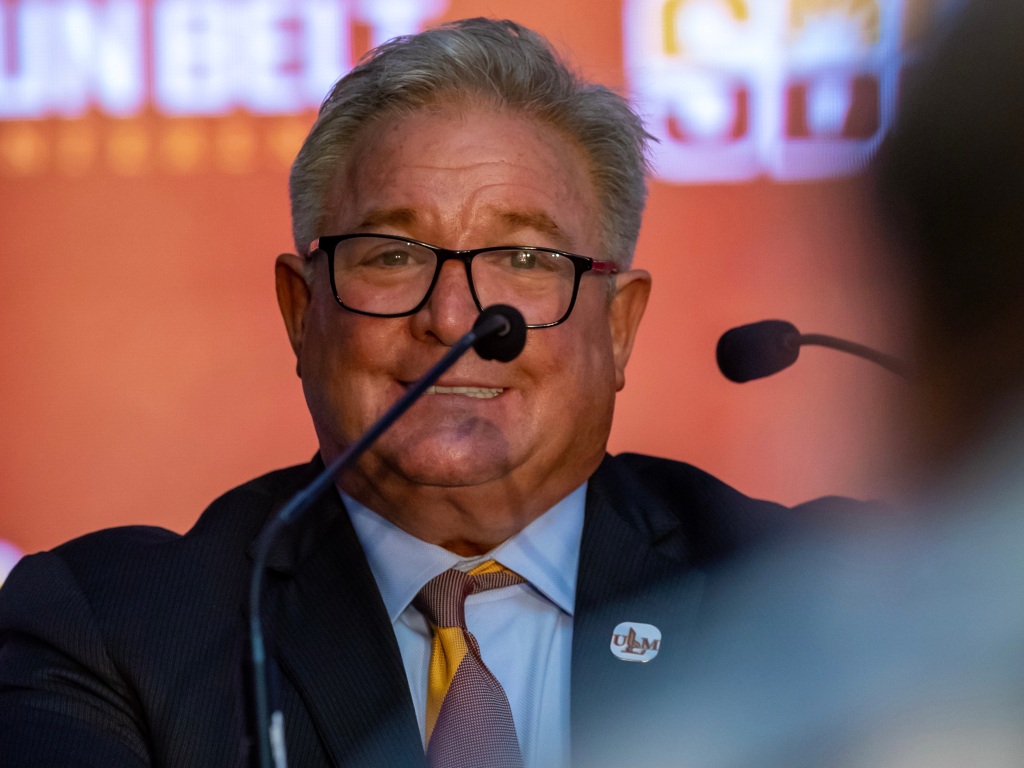 The Fun Belt Podcast discusses each game in depth.

My good friend Shane Mettlen, who covers James Madison for the Daily News-Record, stated on a recent episode of The Fun Belt Podcast that Week 1 would set the tone of the Sun Belt for the entire season, and I’m inclined to agree. After all, now is the time of year when the nation’s eyeballs are most affixed to the Sun Belt. Week 1 is when talk of the Sun Belt invading NY6 Bowls begins. All it takes is a big, highly televised win.

We have fourteen games for Week 1, the most Sun Belt games ever played in the history of college football. Yeah, so this is a lot of work. You’re welcome.

Let’s get our hands dirty.

I’m not sure what the record is for Privileged Five programs visiting Sun Belt campuses in one week, but I’m willing to bet $7 that Week One of the 2022 season shatters the previous mark. Old Dominion, the most mysterious of the Sun Belt newbies, delivers the season’s first blast of radioactive Sun Belt Heat by hosting Virginia Tech on Friday. At last, we’ll get to learn something about the Monarchs, who are enjoying a boom in ticket sales. How will 6’5″ redshirt sophomore QB Hayden Wolfe respond this challenge? No idea.

As we learned on FunBelt Podcast, Mack Brown brings a young Tar Heels team to Boone on Saturday morning. But everyone is old enough to remember the 34-31 Appalachian State victory that happened at Chapel Hill in 2019, so element V for Vengeance will be in play. Meanwhile, the Mountaineers bring seasoned QB Chase Brice and its usual stingy defense to the fray, and head coach Shawn Clark isn’t playing around after being denied a conference title in 2021.

HOWLRAISER SAYS: Pick the Mountaineers to win this one outright

HOWLRAISER SAYS: I have a strong suspicion that Marshall wins this

Heading into Sun Belt Media Days, we felt really good about the Trojans, who brought back a ton of experience and shifted it to the softer Sun Belt West. However, the Trojans QB situation was put into question with the sudden arrival of Western Kentucky transfer Jarret Doege, coupled with a disturbing locker room distraction of a sexual assault allegation involving former players. Meanwhile, Ole Miss is not without skills.

The Colonels went 6-5 last season and play their second Sun Belt foe, ULM, a week after facing the Jaguars. (Didn’t I just type this a minute ago?) Anyway, South Alabama and head coach Kane Wommack look to close escrow after a somewhat disappointing 2021, and we doubt that they’ll make a mistake and overlook Nicholls.

So far, no broadcast announcement for this one, which is weird because the match-up is meatier than meets the eye. Layne Hatcher, transfer QB from Arkansas State, first assignment as a Bobcat is taking on a perennially strong Mountain West contender in the Wolf Pack (picked to finish 4th in the MWC West). Texas State head coach Jake Spavital is under pressure to produce some results in his fourth year at the helm. A win in Nevada would stop the wolves from howling.

HOWLRAISER SAYS: We have a good feeling about the Bobcats

MEAC member Morgan State went 2-9 last season and have the privilege of providing the first test to the Clay Helton Era in Statesboro.

Welcome to the Sun Belt and to the FBS, Dukes. You get the Blue Raiders, who despise the Sun Belt with the intensity of one billion atomic blasts. Everything we don’t know about Jimmy Mads will be revealed by Middle Tennessee – picked to finish 8th in the revamped CUSA but still led by the cagey Rick Stockstill.

HOWLRAISER SAYS: The Dukes will be stoked. Pick the over.

Army always makes the opposition look stupid, especially in home openers. Coastal hosts one of four Army vs. Sun Belt games on Saturday, with the Black Knights not only having to face SBC superstar quarterback Grayson McCall, but also risking severe teal overdose playing on that garish turf in Conway.

Liberty went an inglorious 1-2 against the Sun Belt last season, but Hugh Freeze (now without Malik Willis) has yet to learn his lesson. Conventional wisdom sees the Mustard Buzzards in rebuild mode under new head coach Will Hall and wants to hand Liberty the win. However, the Sun Belt has the Flames’ number. Vegas is leery, and so are we.

HOWLRAISER SAYS: We think the Flames cover the spread – barely

The Lions went 9-4 last season and are among the tougher FCS opponents the Sun Belt will see in Week 1. The Cajuns, led by newly minted head coach Mike Desormeaux, saw a major talent drain during the off season, which makes the Sun Belt Title Defense a tall oder.

The Tigers were 4-7 last season, but Grambling didn’t bring in former Browns head coach Hue Jackson to direct the band – he’ll be gunning to make a big splash in Jonesboro, where Arkansas State head coach Butch Jones is still retooling the team while possibly looking ahead to the Week 2 game against Ohio State

HOWLRAISER SAYS: Grambling will be motivated with a new head coach, but look for the Red Wolves to take care of this business

The Panthers have a history of waltzing into SEC towns and making their opponent look silly. South Carolina Cock Commanders offers yet another opportunity for head Coach Shawn Elliot to bring Georgia State into a serious discussion about upending the tough SBC East. Much will depend on how physical the Panthers play on the line of scrimmage – a Georgia State strength for a number of seasons now.

HOWLRAISER SAYS: Take those points, Panthers fans. An outright victory is not out of the question.

TEXAS IS BACK at opening the season with a Sun Belt opponent. Last season, the Longhorns edged out eventual Sun Belt champion Louisiana. This year, they try their luck with the down-on-their-luck Warhawks, who is currently led by the supernaturally ageless 2nd year head coach Terry Bowden. Playing at Texas is tough, but the Warhawks do have a storied history of embarrassing big-money foes.

HOWLRAISER SAYS: A 38-point spread seems like a lot. But it also seems appropriate.