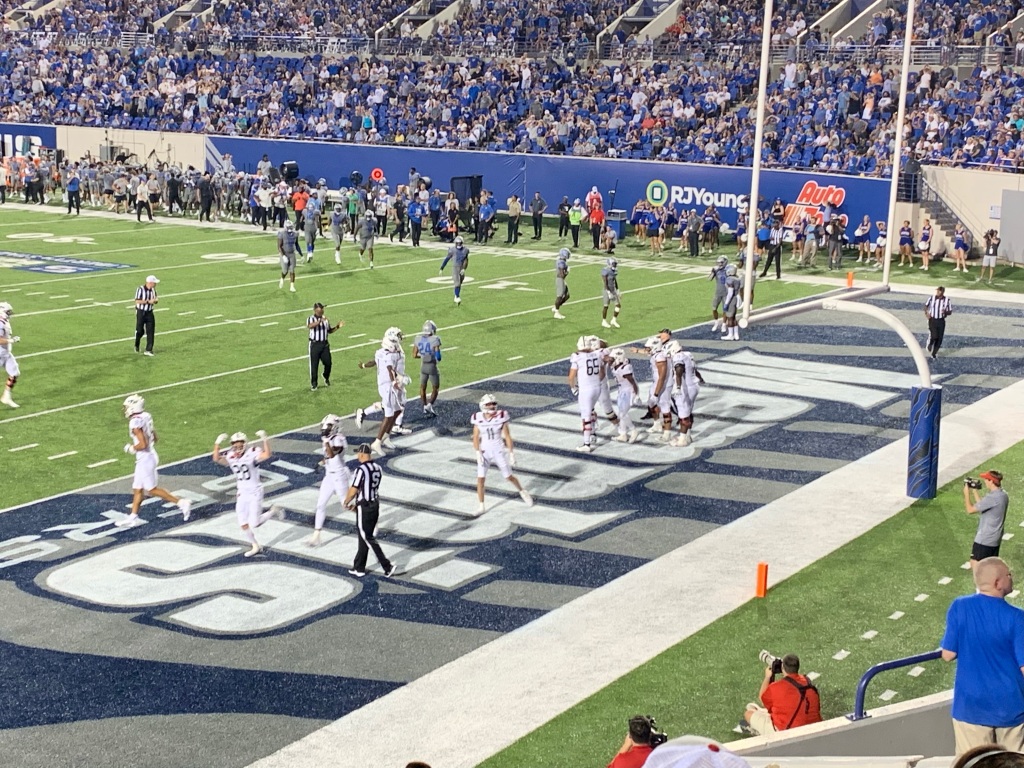 The “Re” Still Prefaces the “Build”

If you were in the Liberty Bowl Simmons Stadium on Saturday evening, you might have heard me screaming shrilly, “What is HAPPENING HERE?” To pinpoint the moment more precisely, with the Red Wolves trailing Memphis by just 5 points deep in the 4th quarter, Reagan Ealy had just taken the Tigers’ kickoff to the 49 yard line. This was it! All was falling according to plan! The Red Wolves seemed unstoppable, having shaken off a scoreless 4th quarter to put up 15 points and position Arkansas State within reach of sweet, glorious victory over a regional rival.

Two illegal motion penalties and a premature snap later, the Memphis Tigers were on the Red Wolves goal line and the game was, for all intents and purposes, over. What is happening here? The crowd played a role for sure. The din was deafening as Arkansas State quarterback James Blackman attempted to deliver the cadence, rattling an offensive line that had just seen starter Robert Holmes hobble to the the medical tent. The inexperience from Holmes’ replacement was likely an issue as well. We may never know why Butch Jones didn’t call a timeout to calm the offense after the second failed snap attempt. I’m sure there’s some kind of strategic reason lost on my pedestrian mind for tactics.

Whatever the ultimate reason, the end result was a bummer of a 44-32 loss. “We had the will to win, but our fundamentals and our attention to details let us down,” said Coach Butch Jones at Monday’s Sun Belt presser.

Penetrating the veil of Jones’ ubiquitous coach-speak, you catch the meaning of Jones’ message. The team plays different now. The Red Wolves committed exactly one five yard penalty in the first half. The offensive line provided enough space to accommodate two Brian Snead rushing touchdowns. Blackman and Company have yet to turnover the ball. That’s what makes the final two minutes of the game so frustrating – the sudden breakdown of everything that is fundamental.

Yet, there was something good to grasp. “This is the first time I’ve been here that I felt hurt and agony from the players, and that’ progress,” said Jones, who often noted with considerable dismay the team’s general locker room malaise last season.

The reality is that the rebuild is still in progress at Arkansas State. The program has many but not all the pieces in place (such as offensive line depth and more size on the defensive interior). The Red Wolves are better. But there is still distance to overcome between here and the “championship football” Butch Jones wants to place.

PHOTO CREDIT: Taken from my seat at the game moments after the Red Wolves successfully completed a 2-point conversion.